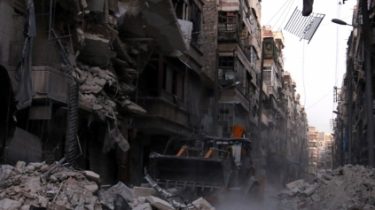 Today, October 19, the Verkhovna Rada of Ukraine has condemned Russia’s military action in Syria and urged the international community to help put an end to the conflict.

This is stated on the official portal of the Verkhovna Rada.

See also: state Department question the sincerity of the humanitarian impulses of the Russian Federation in Syria

The peoples deputies adopted the draft Resolution on Appeal of the Verkhovna Rada of Ukraine to international organizations, parliaments of member States of the OSCE and the organization of Islamic cooperation on the latest developments in Syria.