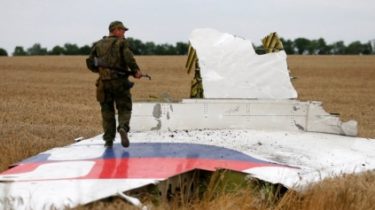 Today, October 19, the Verkhovna Rada of Ukraine adopted the presidential Law “On ratification of the Agreement (in the form of an exchange of notes) between Ukraine and the Kingdom of the Netherlands to extend until August 1, 2017 expiration of the Agreement on the International mission of protection of investigation of July 28, 2014” (№0111).

For this decision voted 247 deputies out of 348 registered in the session hall, UNIAN reports.

Before voting for the bill, Deputy Minister of foreign Affairs of Ukraine Sergiy Kyslytsya noted that the number of International mission of protection of investigation led by the Netherlands is not more than 700 people.

See also: the public Prosecutor’s office has accused Russia of lying about the MH17 disaster

“The mission actually completed the technical work in Ukraine at the crash site. And the main efforts are concentrated now on preparation of a comprehensive report on the crash”, – he said.

The Deputy Minister also noted that the implementation of the Agreement on the extension of the mission of inquiry of the crash will not require additional financial and material expenditures from the state budget of Ukraine. In turn, the Dutch Government covers all the expenses for the logistical and financial support of the work of its staff and mission as a whole.

It is noted that the law envisages ratification of the Agreement (in the form of an exchange of notes) between Ukraine and the Kingdom of the Netherlands to extend until August 1, 2017 the term of the Agreement between Ukraine and Netherlands on International mission for protection of investigation of July 28, 2014 committed 1 August 2016 in Kiev, which comes into force from the date of receipt of the last written notification about fulfillment by the Parties of internal procedures necessary for the entry into force of this Agreement.

“With the aim of resolving any unforeseen activity that may occur as a result of the events that led to the conclusion of the Agreement and must be completed within the Mission’s mandate in Ukraine, the Kingdom of the Netherlands proposes to extend the Agreement for one year so that the Agreement remained in force until August 1, 2017”, – stated in the international Treaty.

See also: Video of the full report of the investigators about the crash of flight MH17 translated from Dutch

We will remind, Ukraine and the Netherlands on 28 July 2014, signed the agreement on the International mission of protection of investigation of accident Malaysian aircraft “Boeing”.

In July 2015 the Verkhovna Rada has extended until 1 August 2016 the agreement between Ukraine and the Netherlands on a mission of protection of investigation of the causes and consequences of the MH17 disaster.

It should be noted that the plane crash Boeing 777 “Malaysian airlines”, which flew from Amsterdam to Kuala Lumpur, occurred on 17 July 2014 near the village of Hrabove, Donetsk region. Victims of the crash were 298 people including 15 crew members.

13 October 2015 , the Security Council of the Netherlands issued its own report on the crash of passenger liner Boeing 777 “Malaysian airlines”. According to the document, the aircraft was struck by parts of the 9N314M missiles fired from MANPADS “Buck”; it was found that the initial launching point is located on a land area of about 320 square kilometers in Eastern Ukraine; Ukraine has not produced an adequate risk assessment for civil aviation, Ukraine has had sufficient grounds for the closure of airspace over the occupied territories. During the publication of the technical findings to journalists and relatives of the victims showed the reconstructed portion of the plane of Malaysian airlines.

In turn the Ukrainian experts stated that the aeronautical authorities exceeded the recommendation and established a ceiling of 10 kilometers.

Earlier, one of the authors of the report by Bellingcat investigation of Russian military involvement in the destruction of the Malaysian Boeing MH17 Daniel romeyn questioned the fact that anti-aircraft Buk missile could send to the Donbass without the consent of the President of the Russian Federation Vladimir Putin.

It should be noted that the defence Ministry had fabricated the testimony about the crash of MH17. To such conclusion came the team of international investigators Bellingcat, after analyzing the testimony of the Russian authorities. The team have studied in detail all the information presented at the briefing a few years ago, and showed that the main statements of the Ministry of defense (in particular, the statements about satellite imagery and mobile installation “Buk”) is not true.