The Cabinet called the terms of connection of houses to heating. Kiev – in a priority 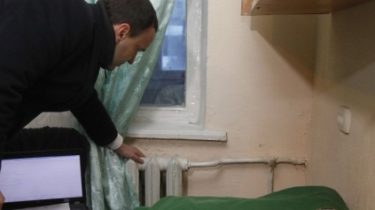 The Cabinet called the terms of connection of houses to heating. Kiev – in a priority

The next day the battery should be warm almost all the houses of Kiev. The regions must start the heating season before the end of this week.

On this day, October 19, during the meeting the Minister assured the Vice-Prime Minister, Minister of regional development, construction and housing and communal services Gennady Zubkov, reports “Economic truth”.

“For the city of Kiev received assurances that it will complete the connection during the day, in other cities – until the end of the week. Think we’ll close the problematic issues”, – said Zubko.

Heating season is 100% started in seven regions – Volyn, Poltava, Rivne, Ternopil, Cherkasy, Chernivtsi and Chernihiv. But most problematic is the southern regions. However, there is and the temperature outside is higher than in other areas.

We will remind, the Kiev promised to apply the heat until October 18. However, many homes still cold. “Kyivenergo” claims that have already connected to the heating 92.5% of the residential sector.