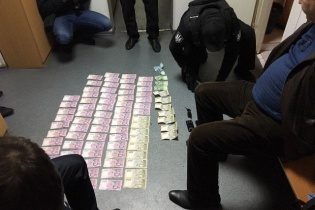 He demanded from the foreigner bribes for the documents.

Today, October 20, on receiving a bribe lost the head of the Irpin city Department management of State migration service in Kyiv region.

The official demanded and received from a citizen of Lebanon 17 500 UAH for the solution of the question of issuing ID card and a residence permit on the territory of Ukraine.

He was detained during transfer of money.

Besides, during investigative actions militiamen documented 2 episodes of receiving by the official of bribes for a total amount of 22 500 hryvnia.

Now the issue regarding the suspicious transaction reports and the election of a preventive measure.

We will remind, in Kiev on the bribe got burned KSCA official. Leech has received more than 50 thousand hryvnias.