Why is iPhone 7 cost $ 900: new facts about the cost and maintainability 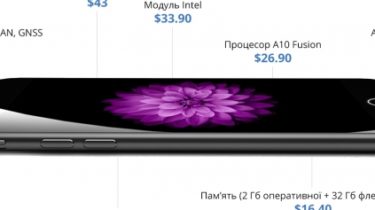 Why is iPhone 7 cost $ 900: new facts about the cost and maintainability

The preliminary cost of the iPhone 7 without taking into account non-productive spending is 219,8 dollars. The most expensive item was a display module, its “share” of the cost was about 20 %.

Released a preliminary cost of the iPhone 7 without taking into account expenses for marketing, patent payments and software. At this time, the experts paid attention to the 5.5-inch modification and assessed only the basic version of the new generation of smartphones from Apple.

Transcript of the cost of the iPhone 7

By the way, and display modules of the previous models was the most expensive part. The iPhone 6S screen cost about 45-50 $ (the exact price remained secret), and the display on the iPhone 6 has cost Silicon valley $ 41,50.

The cost of components for the iPhone 7 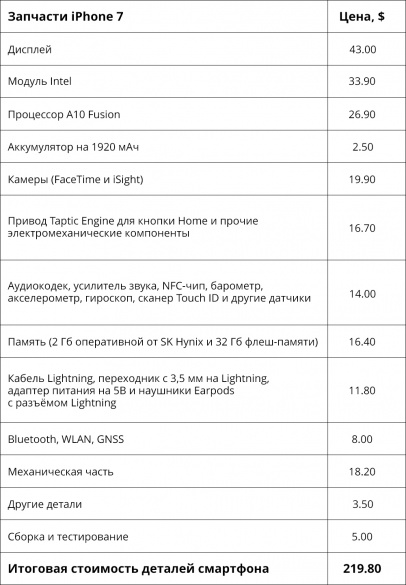 No need to be an economist to calculate: the market value of the iPhone is three times higher. In USA iPhone 7 32Gb available for $ 649, but in Ukraine, depending on the color, for it will have to pay approx $ 900. The official price in national currency — UAH 23 499.

As explained by the staff of the online store “Gimarc”, the difference of cost and market price has reason. The calculations do not included the following costs:

Evaluation of the maintainability of the latest iPhone

“Seven” received 7 out of 10 points, stopped short of the “ceiling” of maintainability iPhones. The fact that the iPhone 6S/6S Plus master Gmart put the previous generation of 8 points.

So, when removing the iPhone 7 identified the following advantages of the new model:

Added and disadvantages. If the model 6S the claim was not so much soldered to the motherboard, the Touch ID cable and the necessity of using a proprietary five-screwdriver for the Apple screws Pentalobe, now this list has replenished with two points:

Here are the changes found the command “Gemart” in the new “Apple”. Though it did not change the world, like the Newtonian, but was forced to go crazy more than one million people.