Police detained the pensioner-the bully who anonymously reported on mining 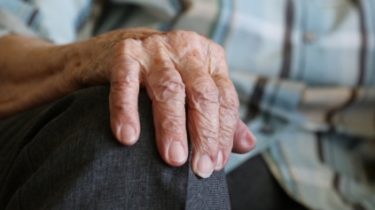 Police detained the pensioner-the bully who anonymously reported on mining

Earlier the man already came into the view of militiamen for Commission of similar offences.

In Kiev law enforcement officers detained 66-year-old from Kiev, who on the eve of anonymously reported bomb threat.

The man was at home when it came to police and reported in the Department of communication of the police of Kiev.

“An anonymous message about mining of the Sviatoshynsky police Department of the capital came in the evening. In place immediately left experts explosive and film logical services and emergency services. Bomb technicians conducted a thorough inspection of the premises and the surrounding area. No explosive devices and substances were found, the evacuation was not carried out”, – stated in the message.

Read also: In Kiev anonymous reported about mining of all the shops Roshen

Subsequently, the police have established the identity of the caller. The man was taken to the police Department, but despite the state of intoxication, clearly explain his action, he could not.

“Militiamen found out that the applicant already came into the view of militiamen for Commission of similar offenses and were treated in specialized institutions”, added the police.

The event information included in the Unified register of pre-judicial investigations under article “Obviously untrue report on threat of safety of citizens, destructions or damages of objects of property”.

We will remind, today, on October 20 in Kiev unknown phone number 102 reported about mining of the building of the KSCA, the building of Solomenskaya Svyatoshinsky district state administration and management of heat networks. Now explosive service check information without evacuation of personnel of these buildings. Anonymous who said about “mining” set.