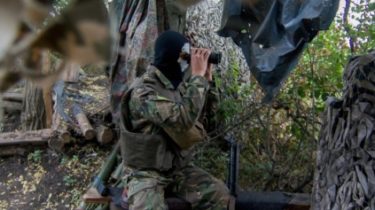 According to the representative, a certain de-escalation on these lines are tied to yesterday’s talks, “Norman Quartet” in Berlin.

For the past day, 19 October, in the Donbass three soldiers of the Armed forces of Ukraine were injured.

This was announced by the speaker of the Ministry of defence of the ATO Andrei Lysenko.

“Over the past day as a result of fighting among Ukrainian servicemen killed there and three more got wounds”, – Lysenko noted.

According to the representative of the Ministry of defense, in particular enemy shelling from heavy weapons (mortars and howitzers) took place in Krasnogorovka, Talakovka and Water.

Read also: Shells of fighters flew to the vicinity of Mariupol

“The number of issued ammunition compared to previous days declined to about one hundred”, – he added.

Lysenko emphasized that a de-escalation on these lines are tied to yesterday’s talks, “Norman Quartet” in Berlin.

“So far there is no sustained trend. Just yesterday in the direction of Mariupol took place on the 21st the enemy’s fire, 8 of them with heavy weapons,” – said Lysenko.

We will remind, in the night of 20 September in Berlin ended meeting of leaders of the countries-participants of the “Normandy four”. For nearly five hours talking policy. All that was important, what was agreed by the heads of state find out the link.