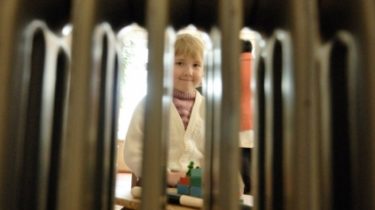 Officials don’t understand how the mayor left the city in such a situation.

The failure of the beginning of the heating season in Nikolaev liquidated in Kyiv with the participation of members of the government and the Prime Minister. Deputy Prime Minister Hennadiy Zubko said the reason for the delay of submission of heat in houses of townspeople not the lack of technical capability, and bureaucratic hurdles, according to a story TSN.19:30.

The official was also surprised that the mayor of Nikolaev, having such problems with the economy, flew to a business trip to Strasbourg. “When the heating season starts, I think I need to be in place to do things”, – said Zubko.

Without heat since the beginning of the heating season: the scandal with heating in Nikolaev

Schools have cancelled lessons because the kids were freezing in the classrooms. No heat in kindergartens, hospitals and maternity homes. People are freezing in their apartments. This is despite the fact that the order about the beginning of the heating season, the mayor signed on Monday.

Prime Minister Vladimir Groisman judge of the mayor for the trip do not want. But don’t understand why the bureaucracy is so long and why he was notified about the situation too late. “Across Nikolaev in the evening I got a call from the mayor, I don’t know where he was… Maybe Strasbourg, it’s okay. But in Nikolaev there is a half of the population, and it was necessary to come to me, as to the Prime Minister, to establish the heating season”, – said the head of government.

In the city hall of Nikolaev complained that the city is technically ready to begin to heat the house, however, “Naftogaz” delaying the agreement and limits. In the capital, it became clear that not just the debt owed to the supplier of gas is almost 40 million hryvnia. After the publicity, which acquired the situation, the documents needed did sign it. Heat to houses of nikolayevets will start to give on the morning of Thursday, October 20.