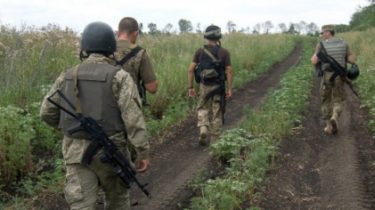 In General, over the past day Russian-occupation forces 41 times opened fire.

For the last day, October 20, in the area of ATO one soldier was wounded, no fatalities.

This was announced by the speaker of the Ministry of defense of Ukraine on ATO, Colonel Andrei Lysenko.

“Over the past day due to active fighting casualties among Ukrainian servicemen no, one of them injured. It happened in avdeevke as a result of enemy fire,” said Lysenko.

Also defense Ministry spokesman said that among the militants there are wounded.

We will remind, for the last days of the Russian occupation troops 41 times opened fire at positions of the Ukrainian defenders of the Donbass.