Businessman awarded more than 40 million UAH for the state purchases of medicines. 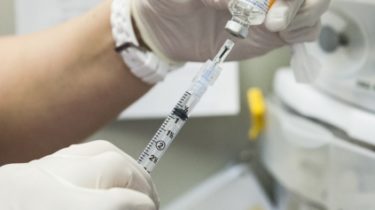 Businessman awarded more than 40 million UAH for the state purchases of medicines.

More than 41 million was derived abroad for account structures that are not related to the pharmacological business.

In Kyiv the security Service of Ukraine exposed the mechanism of assignment of more than 40 million UAH for the state purchases of medicines.

“SBU together with the Prosecutor General’s office exposed the mechanism of assigning a businessman more than 40 million UAH allocated by the state for the purchase of medicines”, – stated in the message.

It is noted that in late 2014 the Ministry of health signed a contract for the supply of anti-retroviral drugs.

“Private enterprise, the winner of the open tender, the Ministry of the prepayment transferred more than UAH 50 million. According to the agreement the merchants have agreed to supply medicines in the course of 2015”, – added in SBU.

See also: Ukraine has the lowest vaccination rate in the world – UN

In the framework of criminal proceedings opened under article “Assignment, waste of property or taking to them by abuse of official position”, law enforcement authorities established that the businessman gave drugs only for 10 million. Over 41 million he brought abroad for account structures that are not related to pharmaceutical business.

The businessman announced on suspicion of committing a crime and remanded in custody. Now the pretrial investigation proceeds.

We will remind, in one of the villages in the Carpathians exposed the workshop on artisanal production of medicines. Manufacture of counterfeit operated near underground normalborder where processed cannabis. And went undercover on goose farms.

Law enforcement officers seized tens of thousands of nedospasova tablets, the machine for packaging, as well as the instructions to the drugs, labels, and even holograms of various pharmaceutical brands. Among counterfeit popular medicines for colds, diseases of the heart and stomach.