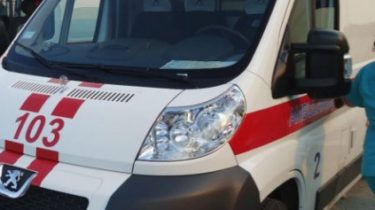 Stepan Kubiv has signed an agreement with the Chinese Ambassador.

Ukraine will receive from the government of China 50 fully equipped ambulances.

About it reports the Governmental portal of Ukraine.

An intergovernmental document was signed today by Stepan Kubiv, the first Vice Prime Minister — Minister of economic development and trade of Ukraine, and GU Wei, Ambassador extraordinary and Plenipotentiary of people’s Republic of China in Ukraine.

It is noted that in accordance with the signed intergovernmental agreement, Ukraine will receive 50 ambulances fully equipped with medical equipment for total amount of 25 million Chinese yuan (3.7 million U.S. dollars).

It is planned that by the end of 2016 cars and medical equipment received the Ministry of health of Ukraine in the framework of the grant assistance of the government of the PRC.

We will remind, on September 27 the Cabinet of Ministers of Ukraine adopted the decision on introduction of simplified order of registration of visas to citizens of the people’s Republic of China for entry into Ukraine.

The Ukrainian government hoped that this decision will have a positive impact on the development of the tourism industry and will attract foreign investment.