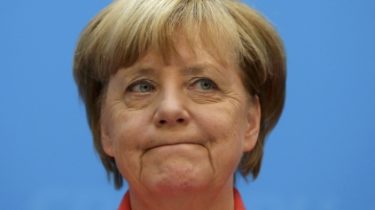 According to the Chancellor of Germany, the situation is difficult, but the efforts of the parties “justified”.

Meeting in the “Norman” format should be held regularly, and Germany and France intend to accompany the process of implementation of the Minsk agreements, said German Chancellor Angela Merkel.

“It is necessary to hold such meetings regularly in order to continue to work on this process,” she said.

According to the Chancellor of Germany, the situation is difficult, but the efforts of the parties “justified”.

In General, Merkel stated that the Berlin negotiations “channel four” did not bring a miracle: “the progress we have made in Paris, was rather limited, and today did not bring the miracle.”

Earlier, German Chancellor Angela Merkel called progress agreement “Norman Quartet” on the establishment of the roadmap for the implementation of the Minsk agreements.

Angela Merkel said that the “Normandy four” agreed on the access of OSCE observers to the uncontrolled by the Ukrainian government areas of the border between Ukraine and Russia, and also on creation of four zones for the breeding of the conflicting parties in the Donbass.

In Berlin ended the talks in the Normandy format

There at the negotiating table, and then over dinner we discussed the prospects of the Minsk process. The meeting of leaders of Germany, France, Ukraine and Russia were able to confirm just before.