Poroshenko explained the presence at the talks in Berlin “sanctions” Surkov 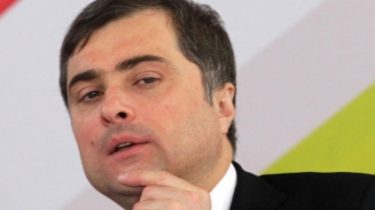 Poroshenko explained the presence at the talks in Berlin “sanctions” Surkov

The Ukrainian head of state stressed that the representatives of the militants from the occupied territories of Donbass in Berlin was not.

The President of Ukraine Petro Poroshenko explained the presence during negotiations of the leaders of “Norman Quartet” in Berlin made by the European Union in the sanctions list of the assistant to the President of Russia Vladimir Putin, Vladislav Surkov, one-time issue him a visa.

Thus the head of state answered the question that was maintained in Berlin during the negotiations “channel four” contacts with representatives of the militants.

“They are forbidden to enter the territory of the European Union”, – said Poroshenko. “And those who stopped by – it was the single visa,” – said the President. Poroshenko reiterated that the representatives of the militants from the occupied territories of Donbass in Berlin was not.

“This is the Normandy format. In the framework of the “Norman format” we have other members do not exist”, – said Poroshenko.

The representative of the government of Germany Steffen Seibert confirmed that the Russian presidential aide Vladislav Surkov, who is under sanctions of the European Union arrived for a meeting in the “Normandy format” in Berlin in accordance with EU rules.

We will remind that the Deputy of the European Parliament Rebecca harms has asked high representative of the Union for foreign Affairs and security policy Federica Mogherini to explain why the Russian presidential aide Vladislav Surkov attended the meeting in Berlin, although he included in the sanctions list of the EU and it is forbidden to enter EU countries.