Militants near Avdiivka fired from tanks, and in Lugansk – rocket-propelled grenades. Digest ATO 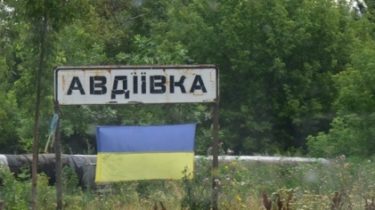 Militants near Avdiivka fired from tanks, and in Lugansk – rocket-propelled grenades. Digest ATO

For the last days fighters of 41 times opened fire at positions of the Ukrainian defenders. This is stated in the summary of the press center of staff ATO as at 6.00.

So, in Mariupol direction militants 26 times broke “the silence mode”. They made attacks in Pavlopole machine guns of large caliber, rocket-propelled grenades and small arms, and in areas Krasnogorovka, Szerokiego, Marinka and Taramchuk the enemy opened fire on the fortifications of the ATO forces with mortars of calibers of 120 and 82mm.

Also at the Donetsk direction there were 6 attacks on Ukrainian positions.

See also: the Ukrainians shot down enemy drones gunners under Mariupol and that stopped the shelling

In addition, defenders of the Luhansk shelling continued with small arms, machine guns and grenade launchers, and the window to the specified weapons, the Russian occupation troops added fire weapons tanks, barreled artillery and 122mm 152mm calibers, mortars of calibers of both.

In turn, on the Lugansk direction the enemy 9 times broke “the silence mode”. In the direction of Novozvanovka and Tryokhizbenka the enemy used machine guns, grenade launchers and small arms, and in the Village of Lugansk was again involved mortars caliber 82.

We will remind, the Ukrainian family for more than two years looking for the missing in the ATO tank. Two years and two months after the brutal fighting at Stepanovka no news about Sergeant of the 30th mechanized brigade of Yaroslav Antonyuk. First, it brought in a list of prisoners of war, then enlisted in the missing, but the family still believe that their husband and father alive.