A day in the ATO wounded three military – Lysenko 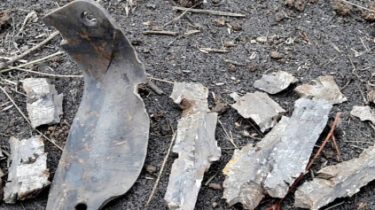 A day in the ATO wounded three military – Lysenko

The staff elaborated, where injured soldiers.

Day at the front once again was calm. The terrorists suddenly struck with missiles systems “Grad” from Stakhanov at the military positions in Luhansk oblast, said in the story TSN.19:30.

On Ukrainian land fell 15 rockets. Walking near Novozvanovka, worked and mortars. From the Village Popasnaya to Lugansk, the enemy used small arms.

In Donetsk direction of 150 minutes was released In the area of Mariupol worked Russian howitzer. The dead among the soldiers and officers there. “As a result of fighting killed in the ranks of the Ukrainian troops there, but three soldiers were injured. Two soldiers were wounded during the shelling in the Village of Lugansk. And one in Avdeevka. Also during the shelling”, – said the speaker of ATO Andrei Lysenko.

150 mortars, “Grad” and howitzers: the militants were powerful attacks of the Ukrainian positions

On Lugansk the direction of the newly applied “Grad”. Side Stakhanov fired 15 shells. Novozvanovka shelled the building with mortars. However, our soldiers items do not pass. From the Village Popasnaya to Lugansk on all fronts, the enemy used small arms. On Donetsk the direction issued 150 min.