Putin’s statement regarding the “Normandy format” was a farce – Elisha 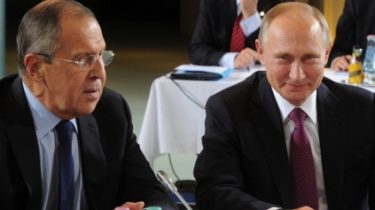 Putin’s statement regarding the “Normandy format” was a farce – Elisha

In presidential Administration consider positive the fact of the meeting “channel four”.

In the Administration of the President of Ukraine positively evaluate the conduct of the meeting, “Norman Quartet” in Berlin and that they once again showed the world the lies of the Russian President Vladimir Putin.

About this on air of the talk show “Right to Vlad,” said the Deputy head of the presidential Administration Konstantin Eliseev.

“The fact of the meeting – this is a positive development. She testified that all the statements of the President of Russia Vladimir Putin, which he did in August about how I never take part in these negotiations was a farce. He actually took part in these negotiations, and this is a positive signal: restored Normandy format talks, which is the most important mechanism to review implementation of the Minsk agreements”, – said the representative of the President.