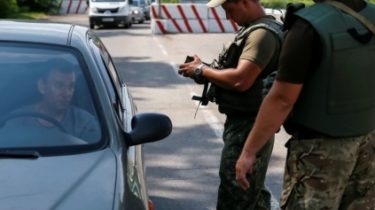 But people complain about the queues and slow border crossing, and the lack of buses.

The Mallorcan opened a new checkpoint on entry to and exit from the occupied districts of Donetsk region. The inhabitants controlled by terrorists “DNR” territory already dissatisfied with his work, says the story TSN.19:30.

Local authorities explain that the item was removed away from Zaytsevy to align the front line. And now the piece once the “gray” areas – already common Ukrainian land. “We derive nine settlements from the uncontrolled zone. Four thousand people will not be every day to stand in queues,” – said the Chairman of Donetsk ACV Pavel Zhebrivsky.

Turn, promised to serve twice as fast. However, the first visitors did not notice. People were outraged by the long waiting time and complained that cross the line of demarcation became even more difficult. Near the checkpoint, residents of the occupied lands quarreled and even fought. And some people even had to walk through 17 km from former paragraph in Zaitseve, because of lifts and buses to the Maori there was not.

The 17 km walk, queue, crowd, swearing and fighting – to make life easier for travelers from the occupied territory and back, the checkpoint was moved from Zaytsevy in Maori, but the first day innovations passed with scandals.