A wrongfully convicted in Russia Sentsov was transferred to solitary confinement 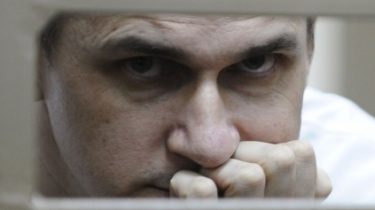 A wrongfully convicted in Russia Sentsov was transferred to solitary confinement

The nurse Director assumes that it can commit torture.

Illegally sentenced to 20 years imprisonment in Russia of Ukrainian Director Oleg Sentsov was transferred to a punishment cell.

About this on his page in Facebook said his sister Natalie Kaplan.

“Oleg Sentsov in the cooler. It is believed that now in the colony the green light for torture,” she wrote.

As you know, Ukrainian film Director, screenwriter and Euromaidan activist Oleg Sentsov, Russian FSB detained in the night of 11 may 2014 in Simferopol and accused of preparing attacks in the Crimea, in particular, He is charged with the management of subversive and terrorist group “Right sector”, which allegedly made on 14 and 18 April 2014 arson of the headquarters of the “Russian community of Crimea” and “United Russia” in Simferopol, and also prepared in the Crimean capital of explosions near the Lenin monument and the Eternal flame.

Note that, recently, Russia refused to transfer Ukrainian Director Sentsov, arguing that the fact that the man had received Russian citizenship.