The Ukrainian foreign Ministry commented on the cynical decision of the Russian Federation not to issue. 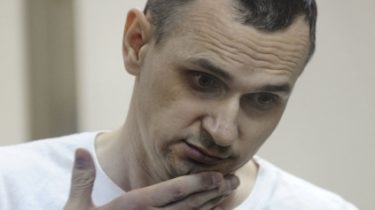 The Ukrainian foreign Ministry commented on the cynical decision of the Russian Federation not to issue.

The diplomats called for the immediate release of Ukrainian.

The refusal of Russia to give Ukraine sentenced to 20 years imprisonment for allegedly planning terrorist attacks in Crimea, the Ukrainian Director Oleg Sentsov is cynical.

Wrote about this on his page on Twitter press Secretary of the Ministry of internal Affairs in Donetsk region.

According to the diplomat, the Russian decision is “absolutely cynical.”

“Oleg is a citizen of Ukraine has become hostage to the aggressive policy of the Russian Federation”, – she added.

Recall that the Ukrainian film Director, screenwriter and Euromaidan activist Oleg Sentsov, Russian FSB detained in the night of 11 may 2014 in Simferopol and accused of preparing attacks in the Crimea, in particular, He is charged with the management of subversive and terrorist group “Right sector”, which allegedly made on 14 and 18 April 2014 arson of the headquarters of the “Russian community of Crimea” and “United Russia” in Simferopol, and also prepared in the Crimean capital of explosions near the Lenin monument and the Eternal flame.