Currency forecasts for the hryvnia. What will be the dollar and the Euro next week 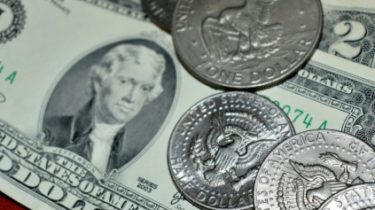 Currency forecasts for the hryvnia. What will be the dollar and the Euro next week

In Kiev exchangers the dollar for a third consecutive week is 26,10 hryvnia.

This week for the hryvnia relatively stable. The dollar of the capital in exchange for a third week stands at around 26,10 UAH. Euro continues careful fall and is already 28,60 UAH.

“Next week the currency corridor will be unchanged – 25,80-26,10 hryvnia per dollar. Farmers-exporters sell large amounts of currency. National Bank for three weeks of October bought more foreign currency than they sold in September. That is, he restored his stock of currency and even more abundantly,” – says about the optimistic scenario Elena Korobkova of the Independent Association of banks.

However, there are risks. And they are connected with disputes over the state budget.

“The negative scenario for the hryvnia is the currency corridor within 26,10-was 26.70 hryvnia to the dollar. The national currency is threatening panic, which arise in the population due to political intrigues, which involve the financial system. And it’s dangerous,” said Korobkov.

What are the official exchange rates of the national Bank after the weekend – Monday, October 24, read on Dnia this link.

TSN went shopping to learn what has risen the most and why. Enough of a jump in the Euro and imported things from getting more expensive. And much bigger than ours. And no longer falling. The same thing is much more expensive in Ukraine than to pamper the fashion of France.