In the hospital of the Dnieper fought two drunken fighters ATO 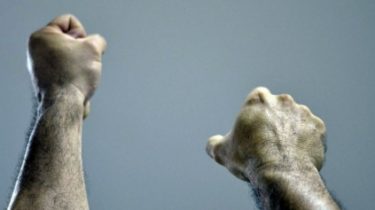 In the hospital of the Dnieper fought two drunken fighters ATO

Soldiers were discharged from the hospital for violation of the regime.

In the 16th hospital of the Dnieper river two wounded soldiers from the zone ATO has committed a riot and fought. The men, aged 40 and 47 years, was in a drunken state.

This was announced on his page in Facebook Advisor to the Chairman of the Dnipropetrovsk regional state administration Tatiana Guba.

According to Lip, the incident occurred on October 21. It is noted that the comments of the doctors, the soldiers responded with threats and swearing. Because of this, doctors called the police and the Military service of law and order.

See also: intelligence reported collisions, mass riots and traffic accidents among the militants because of drinking

“It was loud the entire hospital, which treated many patients in serious condition. Doctors were forced to call the police and VSP , so as to calm them down could not”, – commented Tatiana Guba.

According to the report, servicemen were discharged from the hospital for violation of the regime and transferred to a military hospital.

Earlier, in the area of ATO in Lugansk region, two soldiers beat to death his sister. The report said that the 34-year-old drafted senior Sergeant Igor Azunda did not get along with two other military, and was beaten by them.