The Kyiv city administration reported, how many budgetary funds will be spent on Christmas festivities 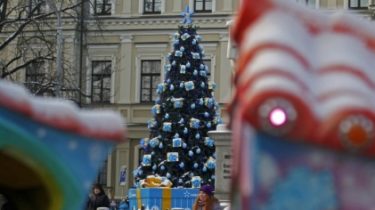 The Kyiv city administration reported, how many budgetary funds will be spent on Christmas festivities

For the organization of new year and Christmas holidays at St. Sophia and St. Michael squares in Kyiv city state administration is planning to spend 150 thousand hryvnia.

This was announced by Director of Department of culture of KGGA Diana Popova, transfer “Ukrainian news”.

See photo: In Kiev got burned on a bribe the officer of the KSCA

“In the sphere of “culture” and “art” will be spent around 150 thousand hryvnia,” — said the official.

Popov also said that the competition for the best project organization of the Christmas celebrations with the financial support of KCSA was carried out in July 2016.

So, the winner of the competition was the Association of citizens “Capital Initiative” with President Igor Dobrucki headed.

In KSCA said that they will only Fund stage equipment rental, other costs will be on the shoulders of the organization.

We will remind, recently the Cabinet of Ministers of Ukraine has cut the budget of the international song contest “Eurovision” which will take place in Kiev. If you had planned to spend on the contest, UAH 450 mln, according to a new order, this amount will be reduced by about 19 million UAH.