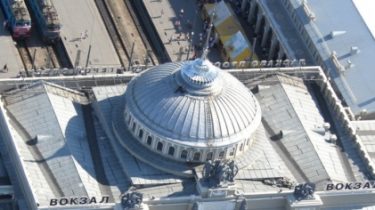 It has also been established and already proven in court the evasion of taxes is still one of the structures of “Ukrzaliznytsya”.

The state fiscal service of Ukraine has finished checking the “Ukrzaliznytsia”, the result of which was set to tax evasion on more than 1.5 billion.

“We have recently completed the inspection of “Ukrzaliznytsia”, and the establishment of tax evasion on more than 1.5 billion UAH, including by conducting sham transactions over UAH 200 million. In addition, we have found and proven in court the evasion of one of the structures of “Ukrzaliznytsya”, it is Ukrzaliznichpostach worth about 350 million UAH,” – said Bambiza of.

We will remind, on October 21, the General Prosecutor, security Service of Ukraine and Prosecutor’s office held a joint large-scale operation in the framework of cases of corruption in Ukrzaliznytsya.

The Ministry said that only during one purchasing BONDS suffered losses of 23.8 million UAH. In General, the organizer of the illegal activities seized 1.5 million dollars.