Dekanoidze went on patrol in the Darnitsky district of Kiev 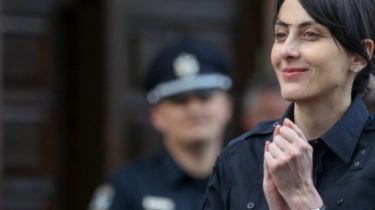 Dekanoidze went on patrol in the Darnitsky district of Kiev

The head of national police tested the tactical groups.

The head of the National police of Ukraine Khatia Dekanoidze went on patrol in the Darnytsia district of Kyiv.

“On patrol in the Darnytsia district tactical patrol group of the police,” she wrote and added two photos from patrol.

We will remind, in August, Khatia Dekanoidze said about the new kit in the patrol police, as well as in reinforced patrols, which will now help patrol. According to Dekanoidze, Kiev is about 600 people so-called “tactical groups” that will help patrol and will be used at public events.

The head of the national police told reporters that Netpolice is already preparing a number of legislative changes, which in the future may prohibit leaving the car while stopped by police. To impose liability for verbal abuse of a police officer, and increase the time of pre-trial detention.