In the area of anti-terrorist operation detained the informant “DNR”, which merges the information through social networks 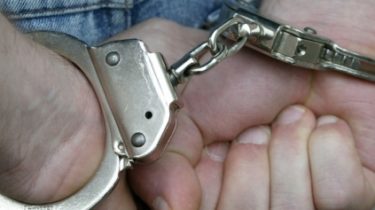 In the area of anti-terrorist operation detained the informant “DNR”, which merges the information through social networks

The man was detained in Turecka.

In the Donetsk region detained a member of the informer network of one of the gangs of the terrorist “DNR”.

It is reported, the security Service of Ukraine.

The man was recruited by militants in January 2015, using one of the social networks of Russian origin, where he checked in under an assumed name, he reported the movement of military equipment of the ATO forces.

Investigations are continuing, the issue of opening of criminal proceedings.

We will remind, recently the security Service of Ukraine detained a. I. – off the terrorist organization “DNR” in Bahmut, Donetsk region. The woman was recruited in April 2014, she was passing information the nature of the service they received at work, as well as information about places of a dislocation and movement of the Ukrainian divisions.