The President signed the law on parody, caricature and pastiche 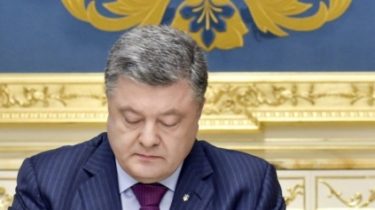 The President signed the law on parody, caricature and pastiche

The Verkhovna Rada on 5 October his vote supported the bill.

President of Ukraine Petro Poroshenko has signed a law that allowed the use of literary, artistic and musical works to create on their basis of parodies, medleys, or cartoons without the author’s consent, but indicating his name and source of borrowing.

This is stated on the website of the Parliament.

The Verkhovna Rada on 5 October his vote supported the bill.

The law defines the concept of “parody”, “potpourri”, “cartoon” on the basis of legal practice in the EU.

The bill “will contribute to the programs of the state policy of Ukraine in the sphere of culture, enhancing the protection of national security of Ukraine, strengthening the authority of the state.”

We will remind that earlier in Israel filmed promotional video of Pango, the protagonists of which were the President of Russia Vladimir Putin and his daughter.