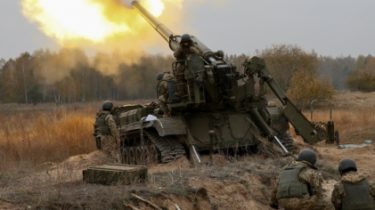 TFR has opened a new trumped-up proceedings against the soldiers of the APU.

Russia’s investigative Committee opened a criminal case against the six commanders of the ATO forces for alleged “use of prohibited means and methods of warfare”.

About it reports a press-service of the TFR.

Russian investigators accuse the Ukrainian military is conducting artillery shelling of the civilian infrastructure and population in the Donbas.

“The consequence considers that in all cases the Ukrainian military has acted in violation of the provisions of international legal acts, guaranteeing the observance and protection of the civilian population in armed conflicts not of an international character”, – stated in the text.

We will remind, earlier Russia’s Investigative Committee opened a criminal case against members of “Right sector” and its former leader Dmitry Yarosh.

Former Explorer funny responded to the case against him.

“Best greetings from everlasting enemy… glory to the Nation! Death to Russia!” – he commented.