In the Donbas near KPVV explosion, there are victims 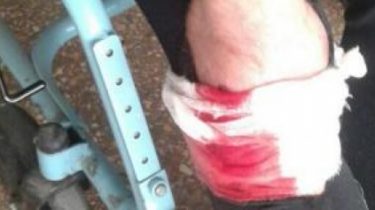 In the Donbas near KPVV explosion, there are victims

Near Mayorskiy was injured a deaf and mute man.

In the Donetsk region near PPC “Maori” there was an explosion in which he was wounded civilian.

“This morning at the checkpoint of entry-departure “Maori” arrived the man who got fragmental wound of a foot”, – stated in the message.

As it turned out, the man born in 1990 followed from the occupied territories in Bakhmut. Besides the wounded man was deaf.

In turn, the witnesses of the incident said that the man walked a few hundred meters from KPVV received a shrapnel wound after the incident in a field near the road of an explosion. The wounded were immediately put into a car and drove to the post where doctors stopped the bleeding and the ambulance brought the man to the district hospital.