NATO is ripe for practical assistance to Ukraine 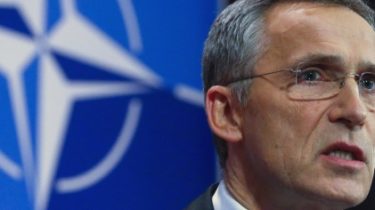 NATO is ripe for practical assistance to Ukraine

The Alliance is all the more serious considering the threat from Russia.

The Russian military remains in the Donbass, said NATO Secretary General Jens Stoltenberg. He once again urged Russia to fulfill the Minsk agreements and to provide SMM OSCE full access to monitor the situation in the region, according to a story TSN.19:30.

Today in the headquarters of NATO Russia is perceived as a threat greater than ISIS. The Alliance for the first time in many decades began to diminish, but to increase defense spending. NATO is building up its forces, creating new battalions, trains quick reaction force. In the near future the growing presence of forces of the block in the Black sea. “We will carry out not only political but also practical support of Ukraine”, – said Stoltenberg.

Earlier, NATO condemned the redeployment of Russian tactical missile complexes“Iskander-M” in the Kaliningrad region bordering Poland and Lithuania, which are included in the Alliance. In addition, the unit is ready to strengthen support for Ukraine in its fight against Russian aggression. This said Secretary General of the NATO parliamentary Assembly David Hobbs.

The Russian military is still present in the Donbas. This was stated by NATO Secretary General Jens Stoltenberg. He once again urged Russia to implement the Minsk agreements. And also noted that the ceasefire must be respected, all weapons must be withdrawn, and the Special monitoring mission of the OSCE should provide full access for monitoring.