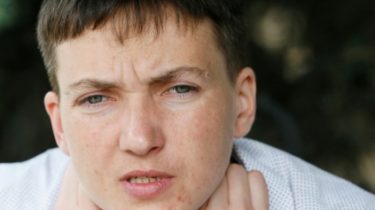 The Ukrainian woman arrived at the court Karpyuk and Cliche.

This was announced on his Twitter page the lawyer Ilya Novikov.

“Hope Savchenko arrived in Moscow to appeal Karpyuk and Cliche in the Supreme court,” he wrote.

We will note, today, October 26, in the Supreme court of Russia will hear the appeal on the sentence the convicted Ukrainians Klychu Stanislav and Nikolay Karpyuk. Lawyers for the prisoners said that justice did not expect, and immediately after the Supreme Court’s decision will go to the direct lobbying of the liberation of the Ukrainians.

“We expect that this will attract more attention, including from the European diplomats, and not only European. Their attention, their influence on the Russian leadership is now the only key to achieve liberation Karpuk and Klich,” – said in comments TSN Ilya Novikov.

The meeting will begin at ten in the morning. In may, Chechen court sentenced the Ukrainians to 20 and 22 years of imprisonment in a strict regime colony. Men accused of involvement in the Chechen war more than 20 years ago. And participation in a gang that allegedly provided the assassination of Russian soldiers.

We will remind that previously convicted in Russia, the Ukrainian Stanislav Klyh, who is on trial in Grozny for insulting the Prosecutor, suddenly abandoned the lawyer Marina Dubrovina.