Sister Savchenko told how she traveled to Moscow 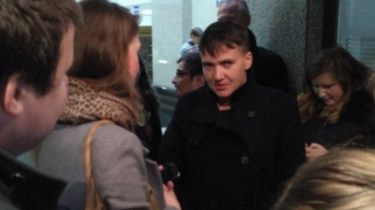 Sister Savchenko told how she traveled to Moscow

The MP came for consideration the appeal case Karpyuk and Cliche.

The people’s Deputy Nadezhda Savchenko arrived in Moscow via Belarus.

This was the sister of the MP Vira Savchenko told TSN.

According to her, the Ukrainian woman arrived in the capital of Russia via Minsk, not to take control in the Russian Federation.

We will remind, today, on October 26, the Supreme court of Russia will hear the appeal on the sentence the convicted Ukrainians Klychu Stanislav and Nikolay Karpyuk. Lawyers for the prisoners said that justice did not expect, and immediately after the Supreme Court’s decision will go to the direct lobbying for the release of the Ukrainians.