Fighters from mortars fired at residential quarters of Terezka 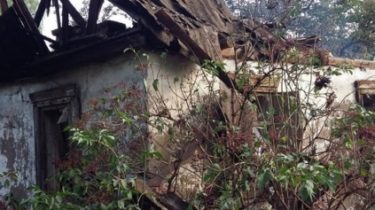 Fighters from mortars fired at residential quarters of Terezka

In the morning the terrorists cover fire civilians.

In Donetsk region fighters fired at a peaceful Tarack mortars.

Wrote about this on his page in Facebook the chief of the Department of the National police in the Donetsk region Vyacheslav Abroskin.

According to Abroskin, at 7.20, the terrorists began shelling of residential areas of the city, in particular, recorded hits in the streets Festival and Pavlova.

“Information on the injured civilians has not yet been reported to the police. After the shooting investigative team of the police will conduct inspection of the damaged houses,” – said the head of the Donetsk police.

We will remind, earlier on Donbass from-for attacks of fighters closed the checkpoint. The terrorists began firing also at 6.30 am.