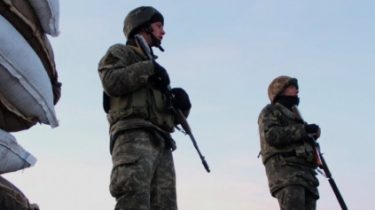 The terrorists began the attack at 6.30 am.

In the Donetsk region closed checkpoints of entry-departure “Mallorcan”.

“In connection with the shelling positions of the Ukrainian military terrorists bandwidth operation in Mayorskiy temporarily not implemented”, – stated in the message.

As noted, the firing started at 6.30, when the throughput of the operation has not yet begun.

Separately, the Department assured that the remaining control points of entry and exit are operating normally.

We will remind, on the eve of the KPVV near Mayorskiy explosion. As a result, was injured a deaf and mute man.