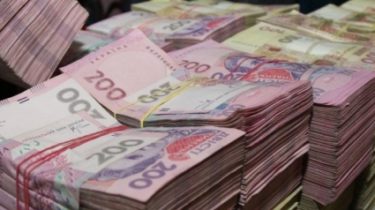 Experts say that this is not the pinnacle of ingenuity in the concealment of income.

Ukrainian officials EN masse and began to file electronic declarations in recent days that the law assigns for e-Declaration. The load on the system caused the unstable her work, says the story TSN.19:30.

The Deputy Minister of economy Natalia Mykolskiy even went on vacation to do a financial report. Submission of the Declaration is preceded by the collection of a large array of certificates and documents, and the system constantly hangs, takes a lot of time. “As a person uses a vacation, who to visit, who to collect documents – have a right person, she is free and she makes the choice for themselves,” – said its leader Stepan kubiv. He the Declaration is not filed, because collecting information – supporting documents of the financial institutions.

Read also: Poroshenko called the timing of the filing of their electronic returns and criticized its form

Sweating over the task and MPs. Anton Yatsenko fourth day trying to make e-document. “No one is against it to fill in, but people all week do not work – do only this Declaration”, – he surprised. And if the officials will not have time to finish until October 31 – they will be waiting for criminal liability. In NAPC phones are flooded with questions and complaints. “We do hint,” – said the Chairman of the Commission Natalia Korchak. And acknowledges that the system is imperfect, but the time to cope with it is still there. “The Declaration can be filled and the night,” she recalls.

Another thing is that you count all income, expenses and money family members need to correct. Businessman Alexei Davydenko claims that there was even a new service for civil servants – fictitious cash loan. “So we made a contract and have provided service to the MP, who needed the loan agreement. I thought at first that it is necessary to borrow money. And it’s not about the money is, namely a piece of paper that the Deputy could hide behind the fact that he has income – he lent and borrowed money bought” – said a private entrepreneur Aleksey Davidenko. Experts believe that to avoid such schemes, it is necessary to finally conduct a tax Amnesty. Otherwise, experienced and expensive lawyers will find ways to legalize undeclared fur coats, diamonds, and other movable and immovable property of those in power.

As previously reported, on October 27 the National Agency for prevention of corruption will gather for an extraordinary meeting through an electronic Declaration. The Chairman of the Verkhovna Rada Andriy Parubiy filed electronically. As the politician told him it took two days because of problems with the site. “Almost two days trying to register for E-Declaration. Despite the failures of the NAPC website, today I did it,” – wrote paruby. Also submit an electronic document managed by the Prime Minister Vladimir Groysman.

Ukrainian officials are trying to conquer the e-Declaration

During the four days of the deadline for the submission of electronic declarations. Officials EN masse took to fill out the paperwork, and the system began to hang. If you fail, they face criminal liability. The National Agency on corruption prevention explode all phones: officials call, complain, ask what to do.

Problems with the e-Declaration: MPs complain of problems of work of system

During the four days of the deadline for the submission of electronic declarations. Officials EN masse took to fill out the paperwork, and the system began to hang. If you fail, they face criminal liability. The National Agency on corruption prevention explode all phones: officials call, complain, ask what to do.