Poroshenko stood up for Gontareva 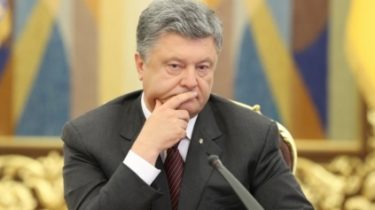 Poroshenko stood up for Gontareva

The Council believe that baiting Gontareva has openly ordered and adversely affects the operation of the NBU.

President Petro Poroshenko and the participants of the National reform Council condemned the attempts to discredit the work of the head of National Bank Valeria Gontareva.

This was announced by Deputy head of the presidential Administration Dmytro shymkiv at a meeting of the national Council, reports UNIAN.

“All members of the National Council of reforms has condemned the persecution of the public, which has openly ordered and adversely affects the operation of the NBU. And in the context of a hybrid war being waged against our country, this is one of the destabilizing factors. In conditions, when Ukraine has to fulfill a number of obligations, and the national currency has become stable – this is unacceptable. The national Council of reforms expressed support Gontareva and called for constructive dialogue between all political forces in the state,” said shymkiv.

Earlier, members of the parliamentary Committee on banking expressed confidence in the Chairman of the NBU and encouraged to dismiss her from office for “loss of business reputation”.