Kubiv received a salary higher than his boss Groisman 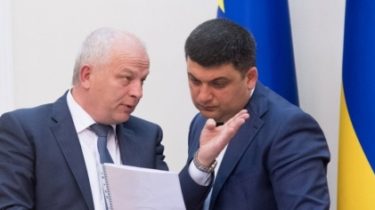 Kubiv received a salary higher than his boss Groisman

In September of this year the first Vice-Prime Minister, Minister of economic development and trade Stepan Kubiv got 44280 UAH salary. This is 9 thousand UAH more than his boss – Prime Minister Volodymyr Groysman received 35 thousand UAH. However, in both the size of the September salary is almost two times more than it was in August.

These figures were provided by the Secretariat of the Cabinet, write “Ukrainian news”.

We will remind, Stepan Kubiv as the head of the national Bank month received nearly 140 thousand hryvnias of a salary.