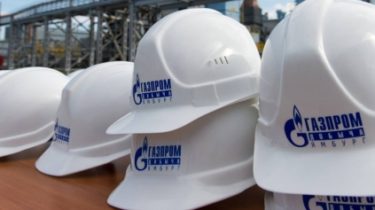 Russia will be able to use the OPAL only half capacity.

The European Commission has allowed Russia to supply gas to Europe bypassing Ukraine.

About it reports Reuters with reference to the official representative of the EC.

Now “Gazprom” can increase the capacity utilization of the OPAL gas pipeline, which unites the “Nord stream” gas transmission system in Central and Western Europe, but only 50%. Thus, using OPAL will be pumped no more than 18 billion cubic meters of gas per year.

The European Commission’s decision allows “Gazprom” to participate in auctions on pumping that shaft with another 7.7–10.2 billion cubic meters, that is to access more of 21.4–28.3% of capacity.

Read also: Gazprom set a date for the start of construction of “Turkish stream”

We will remind, from the beginning of the military aggression of Russia against Ukraine, the EU has previously limited cooperation with Moscow, regarding the “Nord stream”. Ukraine buys gas directly from Russia for almost a year. On the territory of Ukraine the Russian gas is delivered only to Europe.

According to Reuters, the corresponding question will consider today by the European Commission. The Agency’s sources in Brussels say Gazprom can afford to use more than half of capacities of the OPAL gas pipeline, which connects the German Baltic coast with Eastern Europe. Therefore, the Russian monopolist will be able to upload to its European pipeline gas from its own gas pipeline “Nord stream” built to bypass Ukraine.