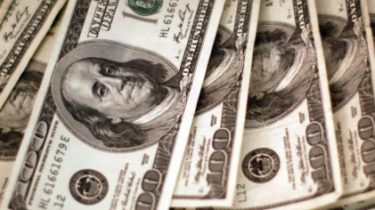 The woman was detained at customs control of the airport.

A million dollars in boxes from under the Shoe tried to export from Ukraine Italian through the airport in Zhulyany. The money was noticed by the customs officers during a check of passengers of the flight in Milan, says the story TSN.19:30.

Suspicious cargo in a suitcase discovered thanks to x-ray equipment. The customs woman was presented the employee of the state of the mission and stated that carrying diplomatic cargo – notebooks. So at first I tried not to provide their things for inspection, citing privacy. But as the diplomatic passports of the citizen of Italy was not, customs officers still checked her bags.

Airport workers recognized that earlier with such disorders has not faced such large amounts seen. “This is the case here for the first time. In “Borispol”, according to my information, this, too, was not. Money was about 8-10 pounds. She said it’s not her money, and how they got there – do not know. This is all her answer,” – said the head of the Department of customs clearance Alex Stojanovski. For violation of rules of transportation of currency, the customs officers drew up an administrative Protocol. Woman to detain did not become, since the rights do not have this. Her identity was not disclosed. In a month the court will decide on the future of money. Meanwhile, the lady who they went to, went to Milan.

The money lady tried to take through customs control at the airport “Zhulyany”. Well Packed in boxes of cash shoes noticed during the inspection. In General, over the last six months illegally tried to spend the money totaling more than half a billion hryvnia.