The constitutional court attended to the revenues of Ukrainian judges 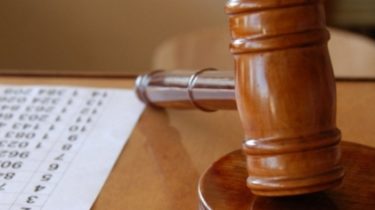 The constitutional court attended to the revenues of Ukrainian judges

The request came from representatives of Themis, who do not fulfill their responsibilities.

The constitutional court of Ukraine took into consideration the submission of payments to judgeswho temporarily perform their duties. With the corresponding initiative was made by the old Supreme court, which is now disbanded in connection with judicial reforms, says the story TSN.19:30.

Judges who do not consider things, but not officially dismissed, receive a salary equal to 10 times the minimum. Now it is 14,5 thousand hryvnias. At the same time they are according to the law on the judicial system devoid of numerous extras. And this, according to the authors of the submission, is unfair, because it supposedly “creates an atmosphere of legal uncertainty” and affects the independence of judges.

According to the state judicial administration, the term of office now expired at 1200 judges. “According to the authors of the petitions against these judges that they do not carry out justice, no. Because a large number of them does not fulfill its obligations not of their own beliefs, but because of the fact that the Verkhovna Rada is delaying the appointment of judges after expiry of their powers,” explained the judge, the COP Natalia Shaptala. Its decision in this case, the constitutional court will announce later.

Do I need to pay extra to judges who temporarily perform their duties, considered in the constitutional court. Presentation made even the old Supreme court of Ukraine, which is now disbanded in accordance with judicial reform.