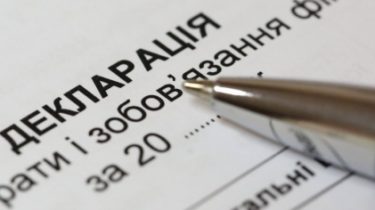 Now, take all measures to neutralize network attacks on the portal.

To access the Unified state register of declarations of persons on the NAPC website affected by network attacks.

This was during an extraordinary meeting of the National Agency for prevention of corruption was announced by the Deputy Director of the Department of State service of special communication and information protection (Gosspetssvyazi) Yuri Ziplinsky, UNIAN reports.

“This is a network attack that… can be considered such that the effect on the system, network equipment,” he said.

Zielinski also noted that measures are being taken to neutralize network attacks on the portal. However, according to him, early to say that these attacks are completely neutralized.

See also: a week before the deadline electronic Declaration filed more than 30 MPs

“To say that they neutralisieren – no. But at least taking all measures to ensure reliable operation of this registry,” he said.

The representative of State agreed and added that a network attack is still continuing: “unfortunately, it is.”

Recall from 1 September 2016 electronic Declaration within 60 days to present officials occupying managerial and sensitive positions: the President and the Prime Minister’s advisors and assistants, members of the Cabinet of Ministers, Deputy Ministers, members of the Antimonopoly Committee, the Chairman of the state property Fund of Ukraine, their deputies, MPs, civil servants of category “A” and “B”, judges, prosecutors and investigators, heads and Deputy heads of state bodies whose competence covers the entire territory of Ukraine, military officials, high-ranking officers.

Note that electronic declarations are already filled by the Chairman of the Verkhovna Rada Andriy Parubiy, the Prime Minister of Ukraine Vladimir Groisman , the mayor of Kharkiv Gennady Kernes, people’s Deputy from the faction “Batkivshchyna” Hope Savchenko, Chairman of the National Bank of Ukraine Valeria Gontareva and other officials.