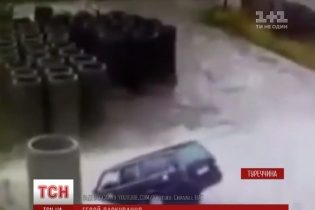 The incident passed without victims.

Bad Parking almost cost the life of the Turkish motorist. People at the construction site mixed up a deep pool of water with a puddle, says the story TSN.19:30.

My mistake, the driver realized when the car began to sink. He managed to get out of the car, and he came to the aid of one of the witnesses of the incident. The car subsequently pulled – he, like the owner, was not injured, just wet. Now the man will have to wait a while for the machine and its parts dry.

Dangerous Parking: Turkish motorist confused the pool with the puddle

The man parked his car at the construction site and mixed up a deep pool of water with a puddle. My mistake, the motorist realized in a matter of minutes when the car began to sink, the driver miraculously managed to get out of the car. The owner of the car during the incident was not injured, his car was also rescued from the pool.