1.6 million income apartment in over 600 squares and a lot of Antiques. E-Declaration Avakov 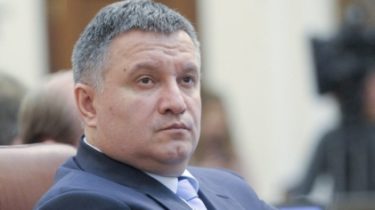 1.6 million income apartment in over 600 squares and a lot of Antiques. E-Declaration Avakov

However, according to the Declaration, neither the interior Minister nor his wife had no car.

The Minister of internal Affairs of Ukraine Arsen Avakov declared that more than 1.6 million UAH of income received in 2015, apartments, paintings, Antiques and other valuables.

This is stated in his Declaration for 2015, released in open access on the website of the National Agency for prevention of corruption.

So, the Minister has declared 1 million 678 thousand UAH 414 income, of which: wages received in main job – 228 414 thousand UAH, the income from the alienation of movable property (other than securities and corporate rights) – 1 million 450 thousand UAH.

The Ukrainian officials to submit an electronic Declaration, remained three nights and three days. Due to the large influx of willing time to report the income, the system constantly freezes. Despite this Nationsto for prevention of corruption will not give the servants any additional days. After the 30th of October to those who did not, promise criminal liability.

In addition, the Minister and his wife have pictures; wrist watches of famous luxury brands; a collection of copper, bronze, silver and gold coins of the XVI-XXI centuries, which were in circulation on the territory of modern Ukraine and on the territories of the Russian, Austro-Hungarian, Roman Empire II. BC – XX century A. E. in the amount of 2 thousand 652 coins.

In addition, the family Avakov has a collection of paintings of artist Vachagan Narasan – 11 paintings; a collection of gold coins of the countries of Europe and America, XVII-XXI art – 24 coins”; icons, other works of art; sets of furniture, collection of weapons, wine, jewelry, furs and other valuables.

In particular, Avakov’s wine collection – a collection of wines from France, Italy, Germany, Austria, Ukraine, Spain, USA, Chile in the amount of 760 bottles. Also have a bottle of wine, Chateau Mouton-Rothschild 1945.

It is also worth noting that the Declaration does not specify any of the vehicle – neither the interior Minister nor his wife. With the full version of the Declaration Avakov can be found on the NAPC website.