Expensive cars and an estate, the media checked the status of the initiator of the amendments to the law on electronic Declaration 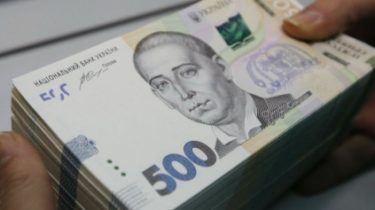 Expensive cars and an estate, the media checked the status of the initiator of the amendments to the law on electronic Declaration

The son of the Deputy owns cars worth about 70 thousand dollars.

One of the most influential politicians who wanted to make changes to the law on electronic Declaration, was the head of the presidential faction Igor gryniv. He offered to conceal from the public the data on cash and opposed criminal prosecution for errors in declarations.

The program “Schemes”, joint project of Radio Liberty and the canal “UA:First”, checked the condition of the head of the presidential faction Igor Grineva.

On 29 September, two months before the deadline for the submission of electronic declarations, Hryniv proposed to amend the Law of Ukraine “On prevention of corruption”. Wanted to conceal from the public a list of information about the property deputies and officials. The Deputy also Hryniv suggested to cancel criminal liability for errors in the Declaration.

Due to public outcry and, according to Grineva, after the intervention of the President, he withdrew the controversial amendment.

Journalists in the investigation learned about the state of Igor Grineva. So, in the morning the car “Audi Q7” worth about two million leaves from the estates Grineva in the Kiev region. There is a house on almost 600 square meters, a private lake, forest. The car “Audi Q7”, which moves Ihor Hryniv, adviser to the President of Petro Poroshenko and the head of its fraction in Parliament was on 23-year-old son of the Deputy of the Novel-Daniel.

And the estate, which went Hryniv, located on land, most of which is free from the state received the daughter of MP Maria Grinev. For the first time a people’s Deputy Ihor Hryniv began in 1990 in the Soviet Union. And in 1993, the Deputy gryniv receives use from the state a one-bedroom apartment in the Deputy house in the heart of the capital on Pechersk.

In 2003, his daughter Maria, which at that time was 19 years old gets free from the state land in tatsenky village, Obukhiv district of Kyiv region: 25 acres – under construction and 52 acres for a farm. This land now belongs to the MP – daughter gave her father in 2015.

In obtaining the daughter of land Gryn does not see anything extraordinary. They say, appealed to the village Council and got the same area, bought some land and built here in 2003, and completed the construction last year – own the house. But the MP reflected the family estate in the Declaration only in 2015. Green explains that the house was not in the declarations for 2013 and 2014, with the commissioning of the house just last year.” When the house is in Tankah had been erected, the family Grinvich sells the apartment.

Interestingly, in 2014 Grineva wife Oksana buys an apartment with an area of 145 square meters in the complex “Pokrovsky Posad”. Apartment this area are now offering to buy about 7 million. According to the Declaration on the website of the Verkhovna Rada, in 2013, the family Grineva – and that his wife, daughter and son – three have earned a total of 292 thousand UAH. And he gryniv declared 224 thousand in wages and another 100 thousand UAH in a Bank account. For the next 2014 year the wife earned only 22 thousand hryvnias, the Deputy declared that the salary of 210 thousand. It turns out that for two years the family Hryniv earned 750 thousand hryvnias. This is significantly less than the cost of one apartment wife.

Journalists asked where the wife of the Deputy the money for an expensive apartment in the building, said that was in business from 1994 to 2002, and the apartment bought for cash, which is not indicated in the Declaration.

The car “Audi Q7” in 2015, which was on the 23-year-old son Roman-Daniel, Hryniv claims to use until son is out of the country and therefore it is not in the Declaration. The average cost of this car is 70 thousand dollars. It turns out that the son of the Deputy bought a car when I was a student. In fact, according to the very same Igor Gryniv, his son graduated in early 2016. The appearance of the car gryniv said part of the funds from the sold property, they say, the wife bought an apartment, bought a car.

In addition, in return for the 2015 gryniv has declared half a million hryvnia from the sale of movable and immovable property, although, when compared to returns for the years 2014 and 2015, none of the existing property is not lost. But the MP refused to say what it sold. In the investigation said that a politician at the legislative level was to allow not to specify a new e-declarations information about cash, then how exactly their undeclared cash savings, he explains the emergence of a number of families of the elite property – a car and an apartment.

Recall that Hryniv – the people’s Deputy of five convocations of the Parliament. He is also famous political consultant. Worked with President Yushchenko, and in 2014 became head of headquarters of presidential candidate Petro Poroshenko. In the parliamentary elections of 2014 gryniv fifth time becomes the MP goes to the Parliament as the 14th number in the list of the PPB. And when Yuriy Lutsenko goes to work in the General Prosecutor’s office, that Grineva elected head of the faction of the President in Parliament.

Presidential faction in Parliament was headed by Igor gryniv

The new head of the members of the BPP chose unanimously – under the watchful eye of Peter Poroshenko. In addition, this nomination was only put to the vote of faction. Igor gryniv – Ukrainian politician, the strategist, the people’s Deputy of five convocations.

We will remind, during an extraordinary open meeting of NACP have recognized three major failures that have occurred in the last three days, at the same time lamented the fact that the complain about most is not the rank and file officers. From 24 to 27 October NAPC received more than 200 letters of complaints about failures in the system, most of those who expressed their dissatisfaction with members of Parliament, judges and prosecutors.

In turn, the Deputy Director of the Department of State service of special communication and information protection Yurii Ziplinsky complained for network attack.