Hug urged to make greater efforts to mine of Donbass 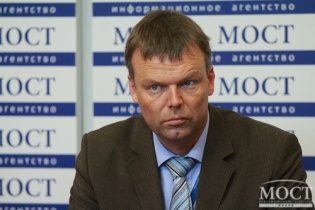 Hug urged to make greater efforts to mine of Donbass

A considerable number of casualties could have been avoided.

First Deputy Chairman of the OSCE mission in Ukraine Alexander hug said that the Joint coordination centre and the cease-fire should work more efficiently in the field of demining.

About it writes “UKRINFORM”.

“We saw that the Joint center for coordination and ceasefire can work together. If they spent more on mine action activities, that a lot of civilian casualties could have been avoided,” said hug.

He noted that in the Minsk agreements laid the foundations that allow you to stop the violence. But none was fully implemented.

Read also: Ukraine will receive an additional £ 2 million for demining of Donbass

We will remind that earlier Ukraine asked the UN to ensure proper execution of the mine in the Donbass. This is stated in the text of the statement by the delegation of Ukraine at the General debate of the Committee on disarmament and international security of the UN on 7 October.

To identify and defuse: how the war looks through the eyes of Ukrainian sappers

They risk their own lives no less than their military counterparts in open battle with the enemy. After all, the militants are extremely subtle, leaving a hidden deadly traps. With mine, stretch marks, bookmarks sappers are active in the war. The guys warn not well-informed civilians will continue to be undermined on mines, and after the fighting.