The Deputy from BPP made in his Declaration Church 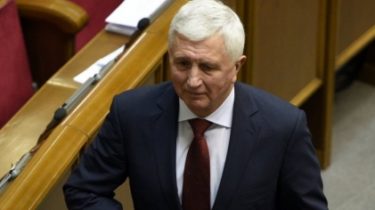 The Deputy from BPP made in his Declaration Church

Anatoly Matvienko was surprised by the list of his own.

The people’s Deputy from “Blok Petro Poroshenko” and former Prime Minister of Crimea Anatoly Matvienko has made in his electronic Declaration to the Church.

According to the document, he owns the Church of the assumption of the blessed virgin Mary in Byrlivka Vinnytsia region, reports Radio Liberty.

In addition, Matvienko has declared for himself and his wife three apartments, two plots of land, two garages, two cars and a power plant in Vinnytsia oblast. He has nine unfinished objects.

The Declaration stated that the wife of the Deputy owns a real estate Agency and a sports club in Kiev.

See also: First violation: the leader of the presidential faction indicated incomplete information in the e-Declaration

Season filing electronic returns is about to end. Now, in the night of Monday, October 31, the system will not accept information from Ukrainian officials. For the last time officials are particularly intensified. In particular, as of October 28, filed a Declaration more than 70 thousand officials. Top scandalous e-returns read on the TSN website.ia.

Electronic Declaration: the amazing and incredible state of the property of officials

Ongoing submission of declarations by officials. Here and land in enemy territory, and gifts to 700 thousand hryvnia, and the Church. MP Anatoliy Matvienko, among other things, declared the temple. In Vinnytsia region he belongs to the Church area of over forty square meters.