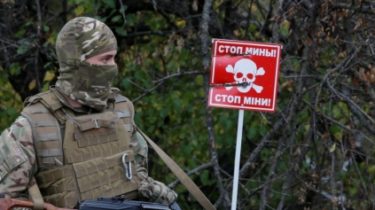 Most of the provocations were recorded in Mariupol direction.

For the past day militants 55 times opened fire at positions of the Ukrainian defenders.

As noted, in the direction of Mariupol recorded 28 terrorist provocation.

See also: Armed provocations in the direction of Lugansk the shelling in Mariupol. Digest ATO

On Donetsk the direction, there have been 10 attacks on Ukrainian positions.

“Near the mine Butovka the enemy used against the defenders of Ukraine the guns of large caliber and small arms. In the defense areas of the Town and of the Trinity in the Armed forces of Ukraine opened fire with cannon artillery 122mm. Also on this site the shelling continued with APCS, mortars of 82mm caliber, grenade launchers, small arms”, – have informed in a staff.

“In the areas of Novoaleksandrovka and Novozvanovka the enemy made attacks of forces of anti-terrorist operation of guns of large caliber, rocket-propelled grenades and small arms, and on the outskirts of the village of the Luhansk and Crimean – mortars caliber 82 mm and 120 mm, the armament of the BMP”, – noted in the press center.

As before, the militants actively shelled positions of Ukrainian troops in Mariupol direction.