Probable chemical weapons in the Crimea and the presentation of the MacBook Pro. Five things you might oversleep 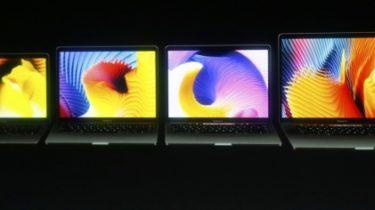 Probable chemical weapons in the Crimea and the presentation of the MacBook Pro. Five things you might oversleep

1. The international intelligence community InformNapalm on the trail of a secret cargo, probably with chemical weapons that came from Syria to the Crimea, under very mysterious circumstances. Unloaded the cargo, the Russian military personnel in conditions of high secrecy. Read more→

3. The Chairman of the National Agency for prevention of corruption Natalia Korchak considers the state enterprise “Ukrainian special systems” guilty of a failure of the system of electronic Declaration. Read more→

4. Apple introduced at the event, Apple’s new MacBook Pro with an extra screen at the top of the keyboard. Panel Touch Bar will replace a number of function keys of the MacBook and will display information about the system or the corresponding buttons fast action in different applications. In addition, the right side panel is a fingerprint scanner TouchID, which can be used to make purchases via Apple Pay. Read more→