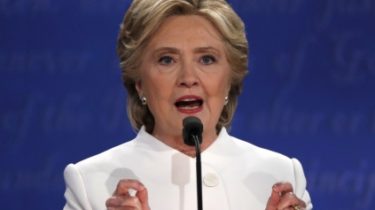 The FBI will reopen the investigation into the leak of official correspondence Hillary Clinton.

About it writes Reuters.

In new material and now the Bureau have to perform an additional array of official letters to Clinton, which she sent to their personal mailbox. It is unclear how important the materials they contain and how long will it take the investigation.

See also: trump has offered Russia to look for the missing correspondence Clinton

We will remind that earlier it became known that the US state Department resumed the proceedings over the use of Clinton’s personal server to conduct official correspondence via e-mail during the period of its leadership office.

The scandal in connection with electronic correspondence with Clinton broke in March 2015. It turned out that she was in violation of the requirements led official correspondence from your personal email account when he held the post of Secretary of state. Clinton herself has previously stated that it was intentionally not sent or received a secret message from his personal email address.