The son of the President owned three cars, office and apartment 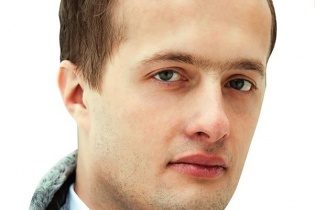 The son of the President owned three cars, office and apartment

Oleksiy Poroshenko earned for the year much less his wife.

People’s Deputy of Ukraine, the son of the President of Ukraine Oleksiy Poroshenko is in his own office in Vinnitsa, Kiev apartments and three vehicles.

This is stated in his Declaration, published in the Unified state register of declarations of persons authorized to perform state functions or local government.

See also: the Finance Minister has shown the Declaration: Antiques, SUV’s and hundreds of thousands of dollars

Poroshenko has declared 77 200 UAH salary at the main place of work. Besides Oleksiy Poroshenko received 80 559 UAH on financing of expenses related to parliamentary activities.

His wife has received over the past year significantly more money. Including 1 960 088 UAH on the main place of work 59 158 UAH maternity benefits, 68 808 UAH of insurance payments, and another 24 628 UAH – interest. The wife of the MP, according to the Declaration, there are expensive Breguet watches.

See also: Director of the NABU declared the land in the annexed Crimea and almost a million salary