The Finance Minister has shown the Declaration: Antiques, SUV’s and hundreds of thousands of dollars 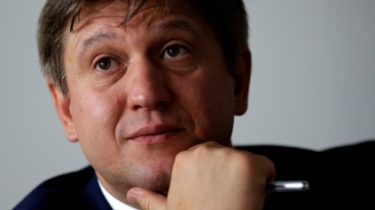 The Finance Minister has shown the Declaration: Antiques, SUV’s and hundreds of thousands of dollars

The Minister also has a house and a land plot near Kiev.

The relevant document is published on the website of NACP.

In particular, the Minister has declared 177 thousand hryvnias of salaries, and almost 375 thousand in dividends from foreign companies.

Of real estate the Minister declared the land area of 984 sq m and a house area of 290 square meters in the village of Cherry near Kiev and BMW X5, 2008 release.

Also Danilyuk declared as an antique product silver Swiss watch of the XIX century. According to the document, the ownership of his son Vladimir is also a work of art – Athos icon of St. Nicholas of the twentieth century.

Note, the Finance Minister specifies in the Declaration that his personal property only are antique clocks, at the same time the rest of the money and property is the joint property of the spouses.

We will remind, earlier Director of the NABU Artem Sytnik declared that the land in the annexed Crimea and almost a million salary. The couple also held more than half a million in cash.